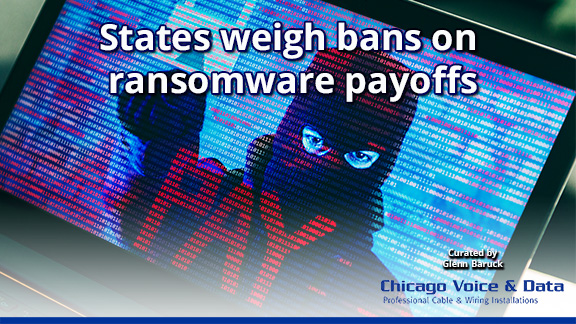 “An interesting quandary for state and local governments. To pay or not to pay cybercriminals ransom.”

Hackers frequently aim at state and local governments. As these cybercriminals continue to target police departments, school districts and city and county governments, some state legislators say they’ve had enough. In fact, according to this piece by Jenni Bergal for Securityinfowatch.com, at least three states are considering legislation that would prohibit state and local government agencies from paying hackers.

It is an interesting stance and one that is seemingly gaining momentum. On the surface, it seems logical, but as Bergal points out, there is a lot to consider before refusing to pay ransom to these bad actors.

Learn more about The eDot Family of Companies