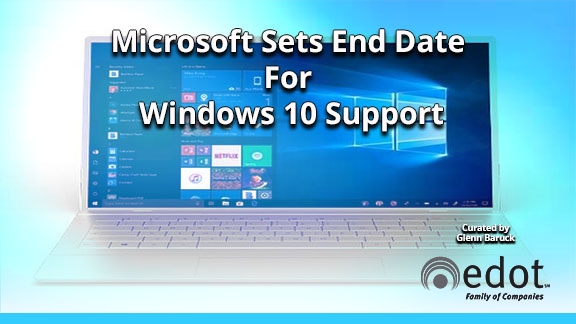 “2025 may seem like a long way away but, now is the time to mark your calendar and begin the planning process for your organization’s transition from Windows 10.”

Heads up! Windows 10 support is being retired by Microsoft in the not-so-distant future! Microsoft has disclosed for the first time that Windows 10 will be retired, setting October 14, 2025, as the end-of-support date for the widely used operating system.

According to this short article by Kyle Alspach for CRN.com, until now, Microsoft had never before said that Windows 10 would eventually be phased out. Initially released in July 2015, the end-of-support date for Windows 10 would give the operating system just over a 10-year run.

Learn more about The eDot Family of Companies