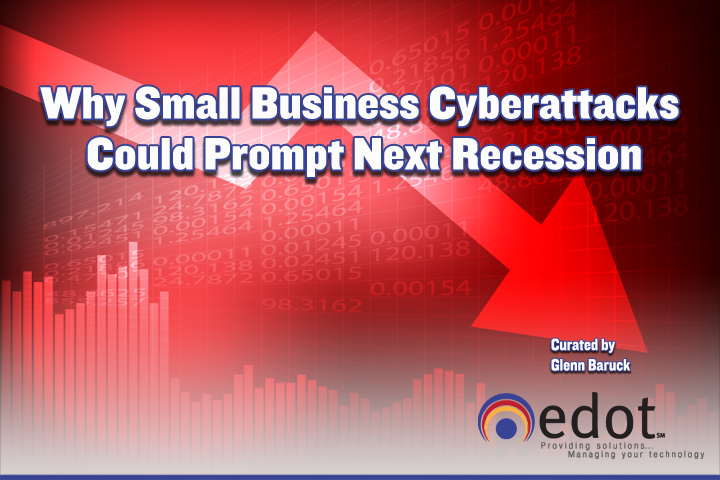 Why Small Business Cyberattacks Could Prompt Next Recession

“SMBs are the backbone of the U.S. Economy and also the most vulnerable to cyber-attacks. If we act now, we can improve SMB cybersecurity and strengthen the future of our economy.”

While we’re all familiar with the brands of The Fortune 1000 companies that we interact with numerous times a day many do not realize that small businesses are really the backbone of the U.S. Economy. In fact, according to the Small Business Administration, the 30 million small businesses operating in the United States employ nearly half of the total workforce. As we have pointed out in previous articles, small businesses are falling victim to a cyber-attack at an increasingly alarming rate. A recent Ponemon study found that nearly 70% of all SMBs experienced a cyber-attack in 2017 and half of them admitted to having no understanding of how to protect their company against an attack. That’s a big problem when considering the average recovery costs of a data breach for a small company can top $149,000. Most worrisome, however, is that according to a report by the U.S. National Cyber Security Alliance, 60% of all small companies that succumb to a cyber-attack go out of business within six months.

Put the pieces together and you can see why cyber-attacks could have an enormous effect on the health of the U.S. Economy. Read more about this unsettling trend and what steps we can take now to help ensure this theory does not become a reality.