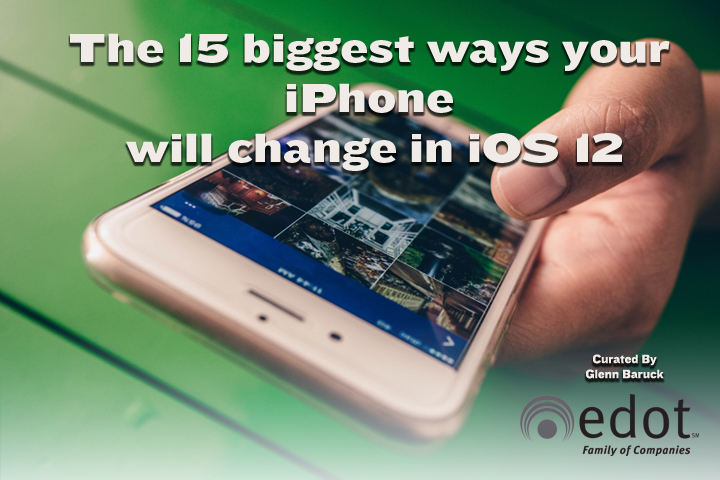 Apple IOS 12: The Biggest New Features For Your iPhone You Can Try Now

June 28th, 2018 Posted by Glenn Baruck Technology 0 thoughts on “Apple IOS 12: The Biggest New Features For Your iPhone You Can Try Now”

“iOS12 is coming soon to an Apple device near you! Spoiler alert, here is a little sneak peek at some of its new features. It looks like it may be a nice evolution.”

Apple’s newest operating system for iPhones and iPads, iOS 12, officially arrives in September. While it looks like iOS12 is not a radical change from iOS 11, it does introduce a host of new features (some fun) that could change the way you use your devices. BTW, if you’re willing to take a risk on pre-release software, you can download it now, but that’s in your hands.