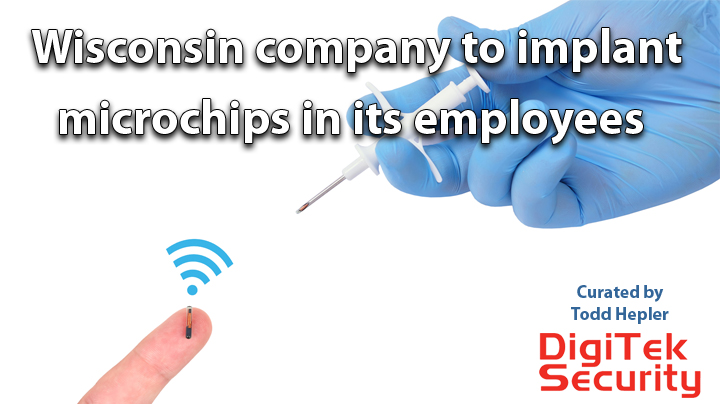 Wisconsin company to implant microchips in its employees

“Pretty interesting concept that could impact the security and access control world sooner than later.”

Recently, Three Square Market, a Wisconsin-based company that provides technology for micro markets, also known as break room markets, announced that it is offering implantable RFID chip technology to its employees, enabling them to easily make purchases in their own break room, open doors and log in to their computers with a simple hand scan. Employees will be chipped at the 32M inaugural “Chip party” hosted at their headquarters in River Falls, Wis., on August 1, 2017.

In a statement, the company said that program is optional; however, they expect over 50 of their staff members to be voluntarily chipped.