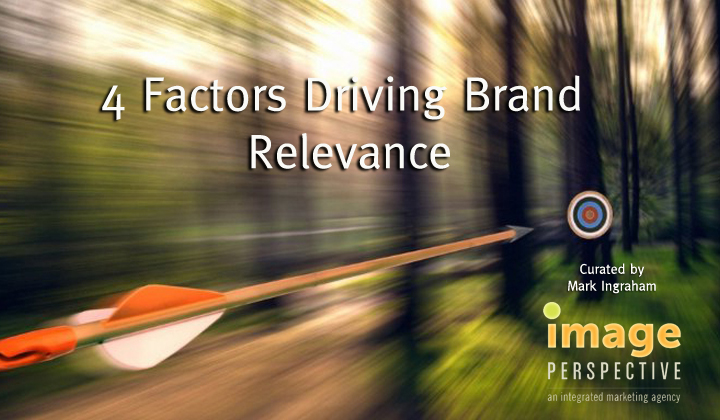 “Is your brand still relevant? All brands eventually face the question.”

An agency creative director once shared with me the three essentials for a good concept:

1) It must be original, 2) It should be memorable and 3) It absolutely has to be relevant.

Relevance has everything to do with targeting, as in being empathetic with your target audience, speaking their language, understanding their needs and desires, and knowing what problem they have that you can solve better than anyone else. Of the three, it’s easy to see why “relevance” is the most important. It makes the brand message meaningful, and therefore actionable, to a receptive and consequently motivated target customer.

The question all marketers eventually face is when does their successful brand cease being relevant, and therefore lose its sales effectiveness? And also important, what can or should be done about it? Here are four examples going way back to the 1950s that still resonate today.

1. Change In Business Strategy – Recently, MetLife opted to change course by placing more focus on marketing insurance to business and less on marketing to consumers. The long-running campaign featuring characters from the 1950’s Peanuts comic strip seemed out of character for a business-savvy appeal. Charlie Brown in a three-piece suit? Don’t think so. So while the current MetLife campaign was very successful in consumer marketing, it would lack the necessary business relevance to its new target customer. As MetLife wisely surmised, the adorable cartoon franchise would likely be ineffective in positioning its brand with legitimacy against the business-targeted competition.

2. Change In Social Mores – Sometimes things can get branded quite by accident, as in the case of the annual Georgia–Florida football game, aka “the world’s largest outdoor cocktail party.” A sports editor coined the name in the 1950’s after observing a drunken fan. It subsequently grew into a brand for the annual game that the City of Jacksonville promoted heavily. However, after alcohol-fueled incidents and multiple arrests in 1984, coupled with a general rejection of excessive drinking and drunkenness (especially centered around college students), the Southeastern Conference asked CBS Sports in 1988 to stop using the questionable name in marketing its coverage (even though it has died hard to this day). The issue here is that the “cocktail party” brand identification for the event had lacked empathy for a growing social concern (alcoholism, drunk driving) and therefore sensitivity and relevance for the participating entities (the colleges, the conference, the municipality, etc.) as well as the public at large.

3. Change In Lifestyle – Tony the Tiger became the mascot for Kellogg’s Frosted Flakes cereal in the 1950’s, thanks to an art director at Leo Burnett. Frosted Flakes are, well, frosted with sugar (in fact, they’re 37% sugar) and like many such super-sweet cereals, have earned a dubious reputation over the years with dieticians and nutritionists. While Tony the Tiger roared, “They’re Grrrreat!” to Baby Boomers as kids, Baby Boomers as parents (and their Gen X children as parents) are much less convinced. So, in order to maintain the brand’s relevance to changing dietary preferences and health consciousness across generations, Kellogg opted not to retire the 65-year old mascot, but to give him an expanded mission. Now Tony the Tiger touts the virtues of a healthy, well-balanced breakfast and plenty of play and exercise to a new generation of concerned parents.

4. Change In Media Consumption — Similarly, with another brand launched in 1954, Playboy also found itself becoming increasingly irrelevant to the next generation of men. So, in a surprising move, dispensed with nudity in its magazine starting with the March 2016 issue. Not because men don’t find pictures of nude women appealing anymore, but because they can find them for free on the Internet. As a result, Playboycirculation had dropped from a high of 5.5 million in 1975 to 800,000 in 2015. With the new editorial stance, the new, non-plastic wrapped Playboy is repositioning itself as a sophisticated alternative to Esquire and GQ – and hopes to acquire a new crop of advertisers in the process. Time will tell if Playboy can turn around its skid into publishing oblivion, but for now it’s a bold experiment in the art of maintaining relevance … and sales.

Brand survival depends on relevance. And it requires constant awareness and sensitivity to market conditions, trends and shifts in demographics, psychographics, purchase behavior and media habits. Brands that adapt by staying relevant survive and flourish. Those that don’t stay relevant become but a footnote in marketing textbooks.